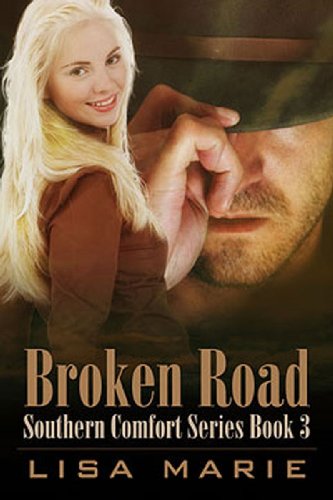 The worn-out vendor's face is impatient, contorting as I bombard him with questions about the infamous sandwiches. I scan the list — there are over 30 to choose from. Crocodile catches my eye for a moment, but I end up opting for the classic: fried shrimp. I wolf down this mass of calories, doused in hot sauce, Southern-style, at table with a gingham tablecloth, sticky from the day's diners.

A little while later I'm at the New Orleans Cooking School watching Kevin Belton as he coaxes butter and flour into a roux mixture on a hot stove. I watch the fragrant smoke swirl up to the ceiling and catch my reflection in the mirror. My mouth is agape with temptation, but I'm in the right place: a local chef and a TV personality, Kevin makes a fantastic gumbo — the piquant local seafood soup — and the smell is as intoxicating as the taste. I allow these aromas to guide me round the city. They waft through the streets in much the same way as the music tinkles out from the bars.

And there's no escaping it. Even during a quiet moment while I'm browsing in Arcadian Books and Prints, a face suddenly pops up from behind a heap of French books. The trajetory of my evening is inescapably clear and, having witnessed the gospel choir fill the high-ceilinged cathedral with their voices, I'm then serenaded again at supper at Arnaud's. I check out Bourbon Street, scamper over to its cooler little sister, Frenchman Street, and sample almost everywhere in between.

Dishevelled and all danced out, I flick off the light and am cloaked in darkness once again. The beats from Bourbon Street below float up to my window. My head thumps on to the pillow. It's all committed to memory. Includes return flights, eight nights' accommodation, breakfasts and five additional signature dining experiences, plus sightseeing, luxury coach transportation, transfers and the services of a dedicated Travelling Concierge throughout. Skip to main content Explore. With the tinkling of piano keys floating on the air like the aromas of their hearty cuisine, a trip to Nashville, Memphis and New Orleans stimulates the senses Thursday, 15 June By Josephine Price.

Please note: All distances on this page are calculated "as the crow flies" - please check actual distance depending on your mode of travel using the Get directions button above. Go back to your search results. See all listings in Matableland.

Features No dogs allowed Campfires allowed See all facilities…. Get tips and deals. And that is part of what was hard to accept. Had I ever been there for him? We were never good at taking care of each other; my brothers and sisters and I had all apparently internalized the message that that was not what we were meant to do.

Our job was to focus on our mother. Oliver and I were somehow just the same: our lives were parallel in their unnecessary loneliness. Oliver had attempted suicide when we were just out of college many years ago. When my mother read me his suicide note over the phone, she began to weep.

Why are you crying? I was born on his first birthday; he thought I was his present. Twelve years later, I cut my very long hair very short, a pixie cut, and his friends began to call me Oliver, sometimes to be mean, sometimes by accident, because we were both blond, scrawny, tall, awkward, and talked too much, snorting over our own dumb jokes. In my favorite picture of the two of us, when we were six and seven, his fly is half-unzipped and my white knee socks have slipped down to my ankles in a pile, making me look like a Clydesdale in a skirt; his arm is slung across my shoulder, his head thrown back in laughter, full of joy in that long-lost minute, two happy nerds.

Which made him really angry. He was funny, loved a great joke, and was an amazing storyteller: he could be charming. And he was off-puttingly smart, but also infuriating. As a kid he did spot-on impersonations of John F.

Kennedy and Sean Connery and, when he grew up, Bill Clinton. I once sneaked into his room when I was twelve and found a pipe with a half-smoked bowl of cherry tobacco. I won the role of Springtime in our kindergarten play and Oliver was Mr. Winter, so I got to melt him. He was neither saintly nor angelic, nor was he the quietest person in the world. In fact, it seemed he yelled half of what he said. He was scarily impatient and a scary driver. On a trip home from college together, he got two speeding tickets in three hours. He told me to drive after the second one. I ran over a curb pulling out of a filling station and he immediately made me turn the wheel back over to him.

Growing up, he regularly called me dumbbell, as if it were my name. But as we got older I suspected that, underneath his showy, outward dislike, he adored me. I began to think he avoided me because he knew I truly recognized him and understood that his anger came from not being able to be himself. She took me there once and pulled back the rug to show me the giant bloodstain on the wooden floor.

They talked about him as if his ghost was still living there. But when we were well into adulthood, he told me that when our mother came into our rooms to tell us good night and that she loved us, so many years ago, he would think to himself, Not if you knew.

Because he was gay or bisexual. And he seemed to think that fact disqualified him from being loved. Living the life of a faithful, happy father and husband seemed to give him joy for so many years. But he was not faithful to his sobriety. Oliver had gotten tired of trying and had given up a long time ago, I think. For him, making an effort in life had always had mixed results, with wonderful highs and puzzling lows that seemed unworthy of a guy as brilliant and charming as he could be.

I imagined him alone, waiting for me to pick up. I deleted them without listening to them. That same day the Princess arrived at the apartment, too.

As we drove up Lake Shore Drive toward the school, Lake Michigan looked like some kind of steel-blue heaven, so gorgeous in the winter sunlight that it made me tear up. I pictured myself standing in the entry hall at this relentlessly quaint event full of handmade holiday crafts, folksy musical performances, and happy intact families. Welcome to the holiday fair! Come right in! My brother is dead! We were like twins, but not really. I hope your families turn out well! Good luck getting your kids into Harvard! I was thinking that he was certainly the biggest fucking asshole in the universe, but also that he was my tall, handsome, engineer asshole whose frayed filament of affection was still attached to mine.

Plenty of help here. I love you. From that day forward, we never talked about Oliver or how I was feeling about any of it. We were supposed to go on like none of it had ever happened, even though the funeral had still not been planned. I continued to cook delicious meals for him and the Princess during the next few weeks, despite my clumsy broken arm. Also, caramelized pear tart, fish fillets smeared with mustard, Indian dishes that made the Princess wipe her tongue with a napkin which made me laugh; thank God for her , and sometimes fudge sauce for vanilla ice cream that made her stand very close to me, waiting for it to be ready.

The Engineer seemed unable to understand that I was in the kind of pain that takes you by surprise, the kind that feels less like pain than like an inability to see any of the brightness in your life. I was trying to get some solace. The dog seemed to understand and was sitting at my feet now, slumped against my calves. I understood that he was concerned how the Co-parent would react to my sadness playing out in front of the Princess. I had openly cried in front of the Princess. It had gotten back to the Co-parent, and the Engineer made it clear to me that concerns had been raised.

The Engineer was unhappy with me for many reasons, I have no doubt and had canceled our birthday dinner reservations. And after we returned, I began to feel like a ghost in my own home—insubstantial but still hanging around for some reason, haunting everyone or, at the very least, annoying them. No one seemed recognizable to me.

What scared me most was that I was beginning not to recognize myself, either. A few nights later, the Engineer and the Princess came storming into the house. When the Engineer came out, he was furious. I stirred a pot as he told me about the clarinet-tutor situation; as he was talking I had the overpowering sensation that I was seeing him from miles away, through a tunnel much too small for me to fit through. No matter how much I yearned to be over there with him—in a place where you could be mad about something like a clarinet tutor—I could not go into the tunnel.

I bought a bottle of wine and took it to a hotel room across the street, hoping to grieve.


Instead, in one of those grand moments of sweeping clarity that usually come only with alcohol, the universal truth serum, I sent a text to the Engineer saying that I thought we should break up. I remember feeling triumphant, light, released. And he must have felt the same way because when I tried to take it back the next day, it was too late.

At first it was all relatively friendly. He wanted me out in two weeks but I was pretty sure it would be impossible to find a new place to live in Chicago in two weeks. I had just buried my brother, was crushed by shame and guilt, and suddenly it became blindingly obvious that I had absolutely nothing to show for my life.

I had lost, quite literally, almost everything I had in the world. The blue Bombay bottle held an almost soulful, spiritual allure. I closed the freezer. No way.