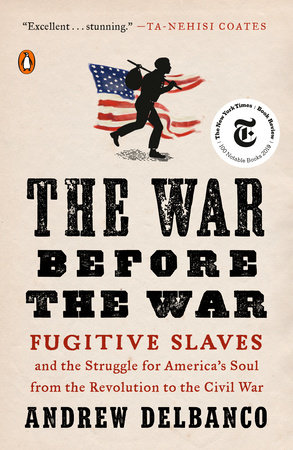 The Oxford Encyclopedia of the Civil War.

William L. Leaders of the Lost Cause. Gary W. The Peninsula Campaign and the Necessity of Emancipation. Glenn David Brasher.

Delbanco, an eminent and prolific scholar of American literature, is well suited to recounting. He lucidly shows [how] in the name of avoiding conflict. This is a story about compromises—and a riveting, unsettling one at that. Delbanco relates many thrilling escape-and-rescue episodes. They indict some in the antebellum period for their timidity and caution because they feared a war and did not know what to do, and applaud others who turned out to guess right about the course of events.

Delbanco has too subtle a sensibility, too fine an appreciation of the tragedy of life, for that crude kind of history writing. Although he describes the brutality of slavery with force and clarity, and his feelings about slavery are never in doubt, he nevertheless displays a compassion for all the people, slaveholders included, caught up in circumstances they could scarcely control or even fully comprehend. His literary style is flowing and graceful, well-balanced…This is truly an important book, and well-worth the time and effort to educate oneself in the source of a human tragedy whose far-reaching fingers still scratch upon our conscience.

In his astonishing new work, The War Before the War , he transforms the figure of the fugitive slave from the margins of American history to its dynamic center, demonstrating how their plight exposed the paradoxes in the soul of a nation torn between freedom and slavery, as it propelled to its greatest reckoning. By rendering in such gripping detail that defining struggle of the 18th and 19th centuries, Delbanco reminds us of the stakes of moral testing in every generation, and how the agents of moral change often begin their journeys under the most desperate circumstances.

The result is not only a brilliant historical analysis; it is also a source of strength for the road ahead—a long, hard road that stretches back to the founding of our great Republic. This delightfully readable book is thronged with stories of heroes whose names may escape us, but whose flights from bondage helped to revolutionize the country we are called upon to defend today. From the making of the Constitution to the bloodbath that began at Fort Sumter, Andrew Delbanco captures the experience of escaped slaves as they forced white Americans to confront the cruelties of slavery.

This is a political, legal, and above all, human, story with powerful resonance today. This book is essential reading today, at a historical moment that demands unflinching reflection on founding truths. Everything about the Peculiar Institution is here in vivid detail, but especially the crisis caused by a Fugitive Slave Act that tore this nation asunder. This is a work every American needs to read. He highlights the role of fugitive slaves in forcing the slavery issue onto the centerstage of politics, but manages to treat all the protagonists in the long struggle over human bondage with compassion and insight.

Get 10% off your first Library of America purchase.

Now Andrew Delbanco places those fugitives—and the laws that tried to stop them—at the center of the coming of the Civil War. In this surprising and dramatic history, we follow courageous slaves, outraged masters, righteous and self-righteous politicians, and agonized citizens, as they collide with the Constitution of the United States. Taking us to barbarous plantations and bustling city streets, into raucous courtrooms and the restive halls of Congress, Delbanco brilliantly reveals parallels with the humanitarian crises and cultural clashes of our own times.

Paperback —. Add to Cart Add to Cart. Listen to a sample from The War Before the War. Also by Andrew Delbanco.